The magnificent harbours and central Mediterranean location of Malta have attracted seafarers, traders and imperialists throughout history, resulting in a lively legacy of influences. The Islands are most readily associated with the Knights of the Order of St John, who ruled here between the 16th and 18th centuries AD, but there is a deeper heritage to Malta which includes a remarkable prehistoric fluorescence – the Neolithic temple culture of around 3000 BC. Both these periods have bequeathed sites of World Heritage status to Malta. A further layer of interest was added by the vital role the islands played in the allied war effort of the Second World War.

Temple Builders: Around 3600 BC the Maltese islanders exhibited an extraordinary flowering of Stone Age culture through artistic and architectural achievements that were notably advanced for their time, predating Stonehenge and the Pyramids. Their massively constructed and imaginatively decorated temples and tombs, and their distinctive ‘fat lady’ statuary reveal a sophisticated and apparently peaceful society, and give us fascinating insights into Neolithic life and beliefs.

These Neolithic monuments are now World Heritage sites of international importance, and an archaeological claim to fame for Malta. The temples at Tarxien, Hagar Qim and Gigantija are readily accessible and well-presented, and the National Archaeological Museum in Valletta has a wonderful gallery of treasures. But make sure your visit to Malta includes the underground tomb complex at the Hypogeum – a sacred prehistoric world of the dead.

Phoenicians: Some time after 1000 BC Phoenician colonists brought eastern influences and innovations to Malta, including ironworking, the alphabet and a range of crafts. Their language has influenced Maltese to this day, and the island’s colourful fishing boats may also be a legacy of these times.  With the rise of Phoenician Carthage in nearby Tunisia, Malta’s position became strategically important to the growing power of Rome, and during the Punic Wars the islands became an early Roman annexation in 218 BC.

The Neolithic temples of Malta are outstanding for their age and give us vivid insights into prehistoric beliefs. 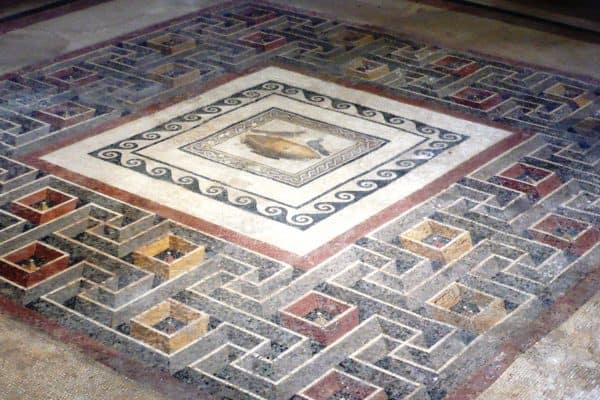 Valletta was the capital of the Knights of St. John, and still resonates its early Baroque character.

Roman Malta: Secure and prosperous, Roman Malta spawned wealthy villa estates and busy harbours. Mdina was the capital, and here today one can visit the excavated remains of a wealthy Roman town house. St Paul’s Bay recalls the shipwreck of St Paul here in 60 AD, and the Christian heritage of the islands was reinforced under later Roman and Byzantine rule. This can be explored through a visit to the Christian catacombs of Rabat, but the Arab invasion in 870 AD brought a devastating turbulence to the islands during which much physical evidence was lost.

Medieval Malta: The Norman conquest of Sicily and Malta saw an artistic fusion of cultures in splendid Arabesque and Romanesque styles of architecture. Mdina is Malta’s medieval gem, a tiny city of winding alleys and noble palaces in this former capital of the island. The fate of medieval Malta, as a minor appendage of the Holy Roman Empire, saw it sold and resold to various feudal lords until Spanish King Charles V gave it to the Knights of St John for the protection of Catholic Europe against the Ottoman threat.

The Knights of St John: The Knights established themselves around Grand Harbour, which became the scene of the Great siege of 1565, when the Order proved is worth against the invading Ottoman Empire. Victory was followed by the building of a spectacular new capital at Valletta. The sumptuous houses and churches and mighty fortification’s of Valletta created one of the grandest cities of the early Baroque, with input from Caravaggio and from the Pope’s own architect from Rome.

British Colony: Two hundred years later, as the power of the Knight’s was fading, Malta’s strategic location once again came to the fore; first during the Napoleonic Wars, when the Order was expelled and Malta became a British colony, and again during the two World Wars, when Malta proved vital to allied naval operations in the Mediterranean. Valletta suffered very heavy bombing by the Nazis, for which the island was awarded the George Cross for bravery in 1942, and after which the city was faithfully restored. It is now a proud UNESCO World Heritage site, with beautifully coherent architecture, a quietly colonial air, and a friendly Maltese culture. Malta gained its independence from Britain in 1964.

For more on Malta read our Recommended Publications

Sign up to the free Hidden History newsletter for occasional updates and offers.