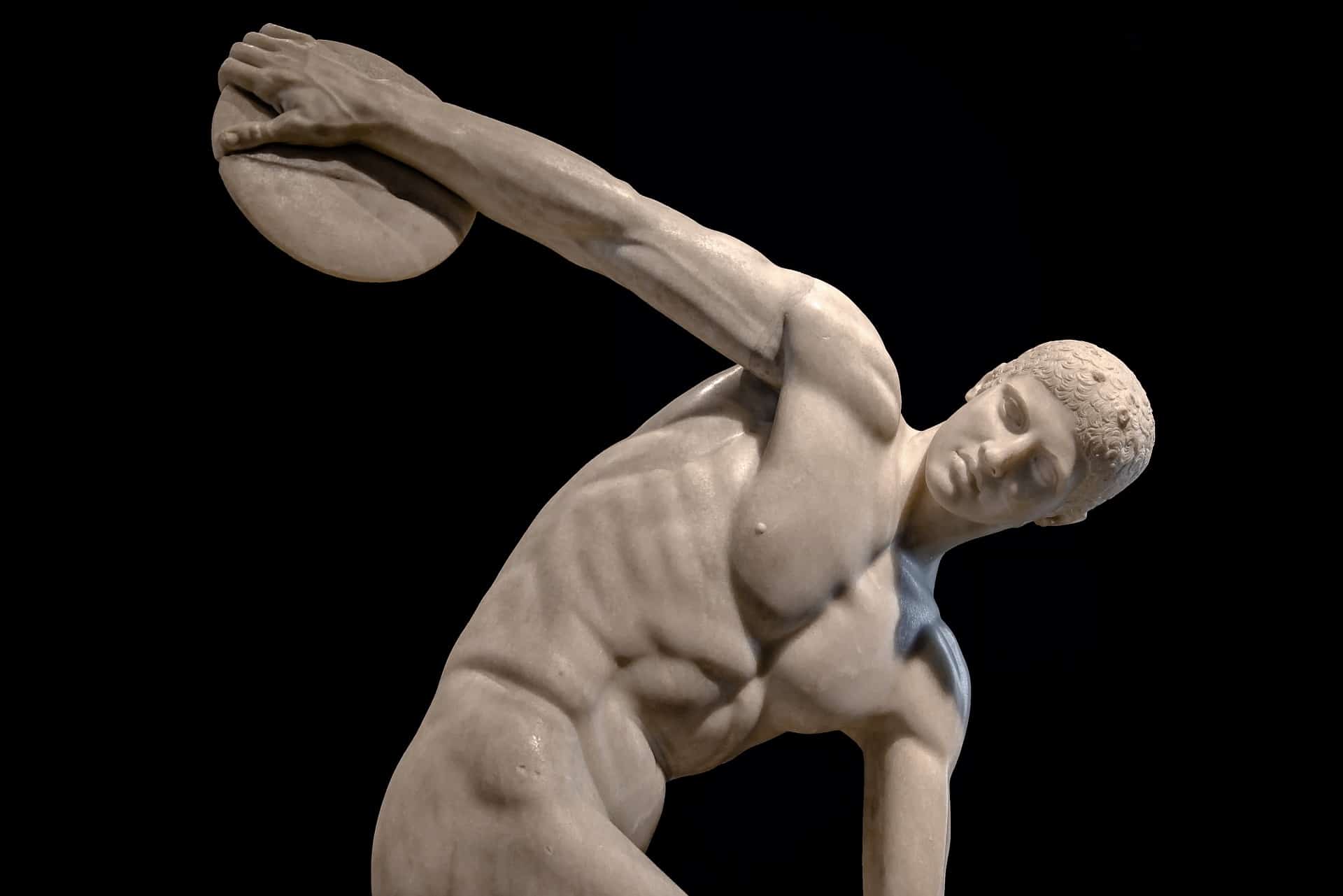 The discus-thrower (Gk. discobolus) has become the iconic image of the Olympic Games, and a fantastic representation of the athletic ideal. The original Greek statue was cast in bronze in the mid-fifth century BC and continued to be much admired as a masterpiece into Roman times, when several copies were made before the original was lost. Thus the Discobolus image lives-on today as one of the most famous sculptures from ancient times.

The original Discobolus is attributed to the Greek sculptor Myron, a contemporary of Pheidias and Polykleitos and famous in antiquity for his representations of athletes. His discus-thrower was admired not only for the way it conveys movement and action in a single pose, but also for capturing Greek ideals about proportion, harmony, rhythm and balance. Experts since antiquity have noted how the fluidity of movement in the body combines with a calm expression on the face, as if the thrower has achieved a perfect state of control in mind, body and spirit. Or did Myron’s desire for perfection lead him to suppress the thrower’s emotions?

Roman versions of the Discobolus adorned numerous villas as a symbol of the cultured taste and status of the owner. One of the most famous is the Palombara Discobolus from Rome, now on display in the National Museum of Rome. This statue was notoriously sold to Adolf Hitler in 1938 as a trophy of the Aryan race, but returned to Italy in 1948.

Another Roman version, known as the Townley Discobolus, was pictured on the official poster for the London Olympics in 1948. It is now in the British Museum.

Detail of head. Click on image for better display.

Book: “The Discobolus” by Ian Jenkins. London, The British Museum Press, 2012. This concise and beautifully illustrated book tells the story of the Discobolus both as an archaeological artefact and bearer of meaning.

After leading and developing tours throughout Europe, North Africa and the Near-East, Dr Butler has gained a network of long-standing colleagues, both in travel and in archaeology, who are all now contributing to Hidden History Travel’s own unique brand of tours, lectures and publications.